The Leader in Global Consumer Engagement 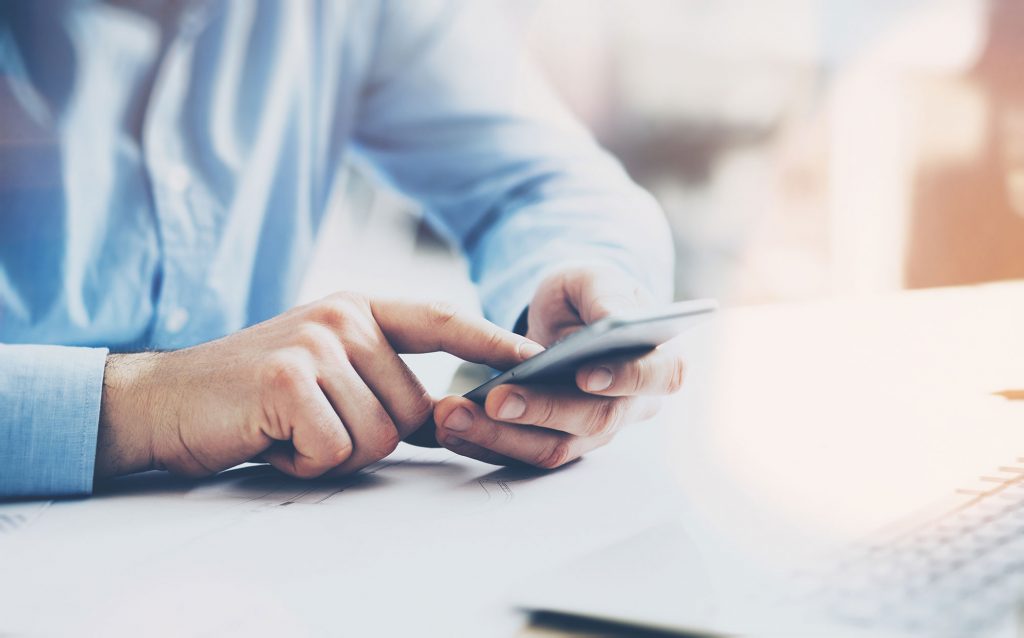 SMS (Short Message Service), commonly referred to as "text messaging", is a service for sending short messages of up to 160 characters to mobile devices, including cellular phones, smartphones and PDAs. SMS is similar to paging but has a big advantage – SMS messages do not require the mobile phone to be active and within range and will be held for a number of days until the phone is active and within range.

For Millennials, SMS messaging has been a part of life from day one and remains one of the most commonly used methods of communication, even with the rapid growth of mobile messaging apps like Facebook Messenger and WhatsApp.

To understand how the humble SMS message began, we first need to take a trip back in time. German engineer Friedhelm Hillebrand and his French colleague Bernard Ghillebaert were developing a system that would allow written messages to be exchanged through the existing telephone network by making use of unused capacity. The system was based on GSM (Global System for Mobile Communications) standards.

Early in their research, Hillebrand and Ghillebaert found that it was necessary to limit the length of messages to 128 bytes in order to fit into the existing signal formats. This was later improved to 160 characters. Hillebrand argued, based on his analysis of postcards and Telex messages, that this was quite sufficient to express most messages succinctly. It was this same principle that Twitter used to limit characters to 140 (although the social media platform doubled that count to 280 in 2017).

The First Handset and System

The first commercially sold SMS service was offered to consumers, as person-to-person text messaging, in the early 1990s. Back then GSM mobile phone handsets did not support the ability to send SMS text messages. Nokia was the only handset manufacturer whose complete GSM phone line in 1993 supported user-sending SMS text messages.

Although Hillebrand and Ghillebaert laid the foundations for SMS messaging, it is the Finnish mobile communications engineer Matti Makkonen who is generally credited as the inventor of the SMS text message as we know it today. Makkonen was working for Nokia at the time and helped the company develop the first SMS friendly handsets.

Despite the multinational history of SMS, the first SMS message was sent over the Vodafone GSM network in the United Kingdom in December 1992. It was sent by Neil Papworth of Sema Group using a personal computer to Richard Jarvis of Vodafone using an Orbitel 901 handset. The text of the message was a simple, festive “Merry Christmas.”

While texting is popular today, SMS messaging got off to a surprisingly slow start. In 1995, the average number of messages sent per customer per month was just 0.4. This was, however, largely due to operators rather than customers and restrictions in place on users and who they were able to send and receive messages from. For example, you could not send or receive messages from users outside of your network at that time. It wasn’t until 1999 that an agreement was reached allowing users to send SMS messages to contacts using other networks.

Once initial problems were resolved and restrictions eased, the full power of SMS text messaging was unlocked and numbers quickly rose. By the end of 2000, UK users were sending an average of 35 text messages each per month. In 2010, it was reported that 6.1 trillion messages were sent globally – an equivalent of 193,000 SMS messages per second.

Today, 23 billion text messages are sent every day worldwide. From a marketing standpoint, SMS messages have a huge open rate – 98%. Consumers have also shown they like SMS-delivered coupons and redeem them 10 times more than other types of coupons.

We'd love to discuss your needs and consult with you on a plan to achieve your goals. Let us know how we can reach you.